As adults, we can hardly escape talk of money. It seems connected to so many of our daily decisions and future plans.

But what was your FIRST encounter with your own money? Do you have any memories of the first time you had money that was yours and you could choose how to spend it?

For most of us, I imagine it was probably pocket money. My earliest memory was getting what must have been the equivalent of about 50p (maybe less) and saving it so I could go to the supermarket with my mother to buy a small tin of sweets. I can still picture them in my mind - hard green jelly thimble shapes, tasting vaguely herbal and minty, covered in sugar. That tin was precious and to be savoured. And it was mine, bought with my own money. 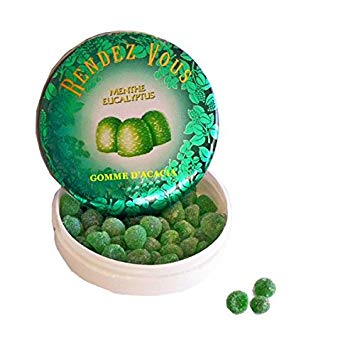 I’m not sure that it taught me much about money, other than it could buy you great stuff so I wanted more, but it was a start.

Do you have any precious memory of getting pocket money, or maybe gifts from relatives, and what that meant to you?

Like you, my earliest memory is pocket money - at the time a few pence went a long way in the sweet shop. i wasn’t allowed many sweets when little, so going to the sweet shop was a special treat. There were 1/2p chews (remember those funny little 1/2ps?), 2p lollies, 1p gobstoppers, and 2p packs of chewing gums (4 pieces in a pack). Sherbert dib dabs were 4p, Mars bars were 7p and came in paper wrappers. It’s a bit scary how firmly ingrained in the memory the prices are!

My parents were rather weird inasmuch as they had lists of items that were allowed (of which you could just ask and get), and stuff that was utterly banned (like candies and non creative toys). So I didn’t get pocket money, but just filled requirement lists (let’s hear it for early access to paperwork

). So when I DID get some cash smuggled by not so strict people (it’s always the grandparents, isn’t it?), I took a lot of glee buying all the forbidden stuff… Probably why I still have a slight thrill when hitting sugary treats

I remember having an old TSB money book and being excited to find my grandma had put £20 in the account to start me off saving.

Unfortunately for Grandma, I withdrew the money and put it towards Sonic the Hedgehog for my Megadrive!

I never really started saving properly until Halifax offered me a 10% interest ISA, which I remember earning tons of interest on (well like a couple of hundred quid!) but it felt like lots at the time.

Well, probably for the more savvy I’m showing my era but when I was in my early teens I got pocket money - not sure to -be-honest if I am accurate but I think I git 50p per week. Mind you, then even 2.5p would but you you Saturday morning cinema. My father worked in high tech industry (Avionics and Guided Weapons and we were the only family in our street which had a car, owned our own house) about that time people like my father were moving to USA because they were dramatically more likely to be appreciated. However, in our case, my mother (43) developed terminal cancer whitest caring for 5 children under the age of 11. My father war working in France. He sent back more money (through Royal Mail) than I have ever seen in my life (legitimate expenses he remitted to my mother) but what I remember most at the age of 12 is my father saying that if anyone was going to discover a genuine ‘cure’ for cancer it would be the Biologists and we should be grateful for the NHS, as we couldn’t afford the medical costs for what she was receiving. I think differently. She was treated by the NHS as a guinepig, they knew they didn’t have the knowledge needed to treat her effectively. They simply retreated into 'damage limitation mode". You may think me disloyal but I think the UK is the most cynical and least disrespectful of any Western Democracy. Although it is the so -called mother-of -democracy what we actually experience in the UK at present is a farce. It and Parliament in particular denys democracy.

One of my earliest “saving” memories was of myself and my 3 brothers marching to the bank to withdraw our yearly pocket money savings to take on holidays with us . You know to spend on one arm bandits, amusement arcades and dodgy hook a duck games. The remainder being spent on lemonade in the local hotel bar after a long evening walk on the beach

. It was a joy to spend our own money on what we wanted rather than what our parents “ thought” we should spend it on .

I love this story Leah, as i am just trying to figure out how to teach my kids, 4 & 6, about being responsible with money (after learning it myself, first

Me too @katja, my 6 year old thinks it grows on trees

Well, there is paper in some of our money, so technically…