In future, will we all be paid a basic income?

Have you heard of the idea of a Universal Basic Income? This is a very interesting development, particularly if you are a mature student, stay-at-home parent or carer, for example: 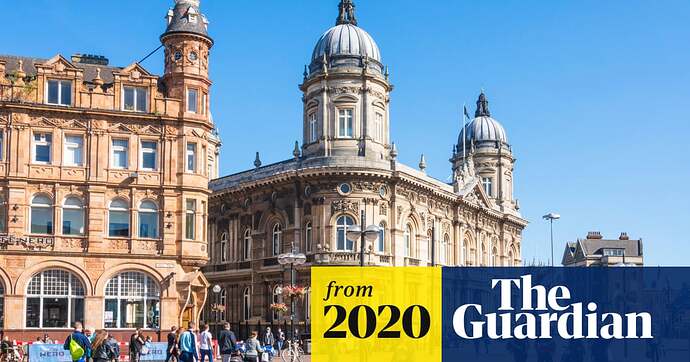 Under proposal, every adult would get between £50 and £100 a week regardless of income

As the article states:

Economists on both left and right have argued for UBI as a source of personal empowerment, providing citizens with more choice over work, education, training, leisure and caring. Others argue that UBI would be too expensive and would be difficult to set at the right level, and believe higher spending on public services would work better.

What do you think about the idea of a Universal Basic Income to be paid to everyone?

What if the benefits system was scrapped, but instead everyone got this money? Would it make us lazy, or would it empower us to spend more time studying or doing things we love to do? Would you invest it, maybe spend it in the local community, or maybe just have a good time? Would you take more risks?

What would you do with this money?

Anyone here currently living, working or studying in Hull?

I have been an advocate for UBI for several years now. It definitely does carry the risk of making people lazy, and some definitely would become such. But I think the majority of people are more likely to try and seek advancement, and therefore training, in whatever field it is that they actually want to work in.

I believe that a UBI is the only viable way to move forward with our evolving world making more and more jobs (primarily at the lower end of the pay scale) disappear. People need enough to live on and comfortably train up to work in sectors that still need more staff, I personally feel that UBI could achieve that far more effectively than increasing public sector spending, which a future government could always drop again because that gets deemed too expensive. It’s much less likely that a government would risk lowering a UBI. That’s not to say that it wouldn’t stagnate and become too low to be effective though, you know what politicians are like.

Would it make us lazy, or would it empower us to spend more time studying or doing things we love to do?

I think UBI is a good idea - but more because it will remove the idea of a benefits system and the issues around that. I think as the number of jobs decrease it will allow jobs to be ‘shared’ giving people more free time but not being without work at all (which studies have shown is not good for mental health, money aside). It can also help people’s careers etc having extra time/capability to train/study. However, without enough social housing etc. costs will just go up to match the income so I don’t think it alone would be enough to reduce poverty.

UBI is a terrible idea. It will engender even more apathy and laziness.

We already live in an era with among the shortest working hours and more recreation time on average than the whole of human history, and that increased leisure time has not lead to a blossoming of people seeking to better themselves.

For instance, probably c. 99% of internet usage is recreational, with people gorging on social media, Netflix and the like. The vast majority don’t use those hundreds of hours they spend on their phones or computers each year to study, train, learn or better society.

I do understand this perspective, but the counter-argument to the fact that we have in theory few working hours, is that those hours are filled with a combination of greater stress and (arguably for many) less meaning, and this results in poor mental health and a need to “escape” during non-working hours.

Sadly it is a vicious cycle.

Proponents of UBI would say that with a greater degree of independence and security we would abandon “bullshit jobs” (that’s professor David Graeber’s term) that provide little meaning and only subsistence wages, and instead focus on things we want to do. The resulting jobs, and creative outlets, would benefit individual and social mental health.

Of course in the short term there could well be a reaction meaning we’d see a range of jobs being harder to fill (and so your deliveroo take-away might take longer or cost more).

in fact that is also arguable. In fact many creative developments arise from a community of people who are not stuck in jobs they do not like, but instead put all their efforts into creative endeavours (think of music or painting ‘scenes’ that arise from communities in financial distress, such as East London, Manchester, Glasgow, turn-of-the-century Paris, etc). Instead of having to pay for a benefits system to support this (but is costly to administer) why not simplify it by supporting everyone? This is a major part of the thesis in Phil Teer’s book that I shared in another thread.

I want to add two great books to this list that are both slightly peripheral to “financial health” but would still be really useful in a more general way. Universal Basic Income is a subject that fascinates me personally and this book is also about culture and the wider impact of the idea (so not an economics text book by any means). Disclosure: you will find my name listed at the back as one of the supporters to get this published but I get no benefit from its sale. The second is more of a…

I’d also add that another reason proposed for UBI is increased automation meaning there are fewer jobs. Although, I feel it might be better to think of it as being able to split some jobs into multiple part-time positions to supplement UBI, than have people not work at all. I’m not sure if it would make people lazy to have UBI but in an increasingly isolated society not having to go out and work would probably lead to that massively increasing.

UBI of one of those ideas which is superficially attractive but trials of it seem to show it not achieving its aims.

There is also the question of affordability if its set at a high enough rate to ensure independence - as it would have to be paid for somehow and increases in taxation affect the competitiveness of the economy vs other countries.

What I would like to see is a lot more automation in the UK - this would free up the labour force from doing more basic tasks, generate more employment opportunities and help deal with the demographic changes the UK faces.