Over the past few weeks, I have received passwords protected PDFs from Dozens containing my a) 19/20 Consolidated Tax Certificate and b) a Cash Savings Statement.

Could I ask that Dozens considers making these documents viewable/downloadable in the app in future rather than emailing them out please?

Apart from preferring these documents not to be emailed, various email providers (including Gmail) flag encrypted attachments as potentially suspicious.

This is on the roadmap for the near future and we hope to have these and other documents available on demand via the app soon. However, as many of these documents are required to be sent to customers by a certain date, we decided to email them for the time being but keep them secure with a password. It is unfortunate that this additional security is mistaken as being less secure.

We realise that this is not the ideal solution and will make these changes soon.

Have you considered an optional in-app feature to auto-save statements to Google Drive? It’s a simple choice to make for anyone using Google login authentication for the Dozens app although I would caution people to protect the stored documents by enabling 2FA/MFA on their Google account. It means documents are readily available on demand and can be made available offline in the Google Drive app (for that interview with a mortgage advisor). Just an idea

I wonder what percentage of customers actually use such authentication schemes (Google/Apple/Facebook) etc.

Perhaps I’m old fashioned but I prefer to have a separate username and password for each app + fingerprint/biometric access where available.

I don’t trust FB either. But, the authentication platforms of Google, Apple and, by the way, Microsoft have very sophisticated backends to detect intrusion attacks, monitor contextual behaviours, isolate user data, etc. Microsoft is developing a platform it hopes will avoid the need for login passwords altogether. In the meantime, Google supports U2F FIDO, probably one of the most secure protocols around.

Personally, I’m worry more about securing my own passwords than whether OAuth is vulnerable.

What do you use to manage your passwords? I use a combination of Keepass and a Veracrypt container for offline storage, also I used LastPass online for many years but I’ve recently switched to Bitwarden.

I’ve been doing some Sunday admin and downloading statements from the app.

A few bits of feedback: 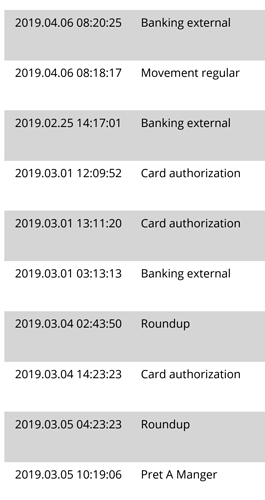