Also might be cool to allow adding cards via NFC (if that is actually possible?) I believe that IOS won’t allow it, but if it is possible on Android, it could be a cool unique way of adding a card for topping up your dozens account.

Or allow Google Pay/Apple Pay as top-up methods (I know Revolut offer this). Of course, as Monzo (and others) have shown, card top-ups do cost the company a lot more money to process (around 20p vs <2p by bank transfer) so whether Dozens wants to spend the development time on something which will cost them more to maintain and customers to use is another matter.

According to a few people on the Monzo forums, Apple Pay is available for this on IOS and does work. We used to have a Google Pay button for this on the Android version, but it didn’t work and has been removed.

Monzo have got rid of the ‘Top up’ functionality (IIRC around September last year) and it now only accepts deposits via bank transfer, ‘Monzo.me’ or cash via Paypoint.

Oh, sorry I should have been clearer. I’m aware that top up functionality isn’t available in Monzo any more, I was referring to the functionality in the dozens app, which was being discussed on the Monzo forums

I’ve not tried it but it looks as though you can top up via Apple Pay? 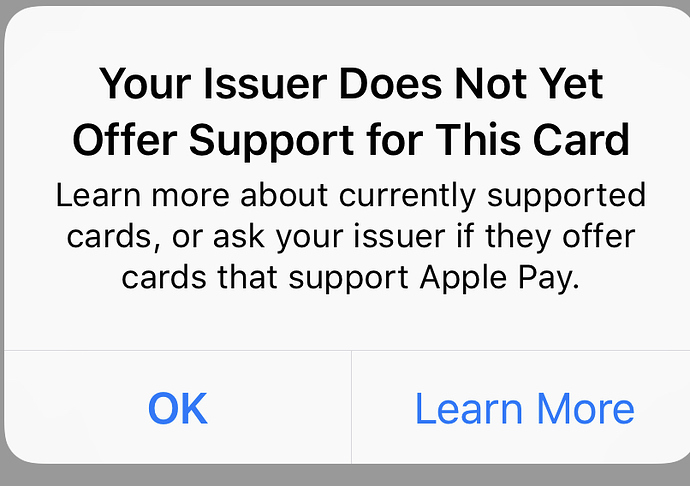 Because this question is related to Apple pay I’m going to ask it here. Yesterday I attempted to make a payment through Apple Pay from my phone at Costco. It was declined so I had to use my debit card (Not dozens as still waiting

). My OH also tried his through apple pay and was also declined. Does anyone know whether this is a terminal issue or whether infact there is a maximum amount you can pay through Apple Pay? Tia