Are you affected by the closure of N26 in the UK?

It is sad to hear that N26 has announced today that they have decided to pull out of the UK market. I believe that they said they had more than 200,000 customers, so that will be a lot of people affected by this decision. I imagine that could affect some members and Dozens customers here too.

I see that they have said that the decision relates to their lack of a UK banking licence in a post-Brexit world (even though they must have known this was an issue for some time), but it must still be a bit of a shock for their customers.

It is actually a blow for all the industry when these things happen. The UK is certainly a competitive market for Fintech businesses, but it is also a vibrant and exciting place for innovation and we look forward to growing by doing things differently.

We are sorry if you have been affected. Were you a customer of theirs? Do you know how this is going to affect you? Is there something particular that you got from your N26 account that you will miss?

Yep, I have been an N26 customer since their launch here in the UK. Liked the card and the simple app interface but they were lacking feature wise. Left them and came to Dozens after I had given up hope of them ever implementing a payee address book function for sending payments. Was ever so frustrating entering the same payee details every time. Strangely enough they implemented this only very recently.

Shame they are exiting the UK, the more competition the better in my view. I expect this is more to do with their lack of success more than Brexit as there is no issue with them continuing with their EU banking licence in the short to medium term.

There seems to be some consensus amongst commenters that Brexit was a convenient excuse rather than the main driver, but it certainly would have made life more difficult for them.

They certainly made a big splash with marketing on the London underground to push the brand.

More competition is a good thing if that competition is innovating or offering something different. I never got a chance to use their service so am not that familiar with what they offered their account holders.

I agree their withdrawal is nothing to do with Brexit - it’s as they had a very poor offering in the UK missing many of the banking basics.

They also failed to improve it over time, hence while they clocked up some impressive user numbers initially, very few actually used the account actively. You didn’t miss much.

As for Brexit, they launched in the UK only a few months before Brexit was due to happen in 2018 and had been saying recently they were fully prepared for Brexit

I guess they have just decided their are other markets they would prefer to invest in. I suspect we are going to see many business unfairly blaming Brexit for poor results or business failures in the near future… just as we have for the past few years.

I guess they have just decided their are other markets they would prefer to invest in.

This is a very good point. For some of us, the UK is home - and therefore a critical market, no matter how competitive. We know, and love this place, and this is where we will make our stand.

For a brand from another market, this is one of several possible places to invest, and therefore it is of relative value. I guess they may have decided that it would be better to concentrate on other markets.

Revolut made similar murmurings but as they are UK based I think it made much more sense for them to apply for an EU Banking Licence to avoid losing EU customers (whereas N26 is the other way around) and they quite early on got a banking licence in Lithuania, so none of their customers should be affected.

they quite early on got a banking licence in Lithuania, so none of their customers should be affected

They’ve got a licence in Ireland as well

I used to be a customer in Germany, because it was the easiest option to keep an account there while not a resident. But they did mistake after mistake, some just down to understandable “noobie syndrome”, some, more annoyingly, due to not listening. So dropped them a while ago, never regretted.

Hi Robert, is there a plan to do any marketing specifically focused on n26’s exit?

Many (by far the majority) of the posts I have read about this say something similar. That they signed up after the promises and expectations (they were an established business elsewhere after all) and that then there was little development or innovation, and it was not attractive enough to bother using.

is there a plan to do any marketing specifically focused on n26’s exit?

The answer to that question is “no, not ‘specifically’ there isn’t”, but it is part of our general message - that we rely on something different for your (and our) success.

It is a guess, but it would seem that the vast majority of N26 customers will already have an alternative account, after all they apparently struggled to get people to use it as their main account (not being part of CASS, etc.). This would maybe explain why N26 decided it was not worth putting in the effort to maintain a UK presence.

Our message is consistent. Dozens are trying to offer something different (something that N26 apparently didn’t do) and help customers focus on the positive financial journey from spender to saver to investor. We do not offer just another alternative that relies on you creating an account with us so that we get to offer you an overdraft or loan.

In this case we are as likely to get someone switching from an active Fintech as we are from one that is closing, or from a traditional bank. If you’ve had enough of being targeted for “cashback” or “interest-free period” offers that run out, then we do hope you check out our different approach.

There are plenty of people in the UK who don’t have any experience of Fintech that we need to reach without spending effort (and money) all fighting over the same small crowd.

@Tor - I too was a customer in Germany and when they came to the UK I became a customer. Admittedly it was an awful process (closing one account to open the UK account, needing a different email address, waiting until they had removed my details in their back office system (Mambu) and then re-applying).

I had many issues in the UK with declined transactions and even offline payment declines which often meant starting a tube journey with N26 and finishing it with another card at worst, or at best the journey completes but nothing more that day on that card. They also struggled with Direct Debits to American Express so much that I gave up.

I’m glad we didn’t share the same experience in Germany but also glad you didn’t try again in the UK after all!

I’m glad to see there isn’t mass marketing yet, as I see N26 as very different from what Dozens is achieving.

Having seen both implementation examples (N26 using Starling Bank’s “banking-as-a-service” and my own company using ClearBank), it highlights a different approach, and attracting those customers over at such a turning point for Dozen’s account offering could do more harm than good.

oh yes, so am I. TBH, by the time n26 arrived here, the market was already way more fleshed out, and you could see what was an actual disruptor (or at least, had a USP), and what was just ‘‘me too’’

Imagine the decision they had to make; do we leave now and it’s highly unlikely it will be worth returning, or do we apply early and focus on biting for more and more of the lucrative market?

I was pleased to see a good response of migrating staff to other markets, vs when Loot closed and the chaos that caused!

TBF, I can’t blame any non UK company moving in and running away when they realise that some people have lost their minds and want out of the EU

There a bigger issues than holidays.

The EU Charter of Fundamental Rights will no longer be directly applicable and enforceable in the UK. It was by far the strongest protection of human rights we have ever had. We’ll be left with the European Convention on Human Rights system instead, which doesn’t bode well, given the UK is one of the countries with the longest list of unenforceable judgements against it (think prisoners’ voting rights…).

On top of that, the Charter was written much more recently and contains stronger protections in areas like the digital economy. So UK citizens will presumably lose some rights completely. Even though the Convention court keeps a close eye on the EU Court of Justice judgements, it can’t just mirror the Charter without the Convention being updated…

There was quite a misinformation campaign after the judgement. All the court said was that there had to be a law setting out the circumstances in which prisoners would not be allowed to vote. It is still perfectly acceptable for the UK to decide prisoners should not vote, just there needs to be legislation with the when and how… 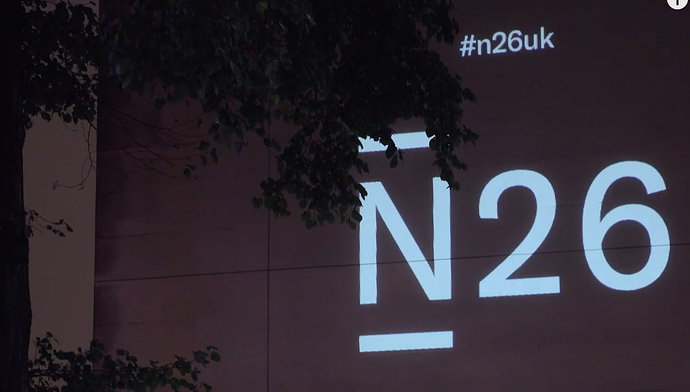 Last month, German digital bank N26 announced it was leaving the UK, blaming Brexit. But an investigation shows the company had faced a regulatory mishap in the weeks prior.