There is nothing worse than getting an app update that simply states “bug fixes” - Maybe Facebooks “We regularly update our apps” line is worse, but you get the point.

Can we get some more details on these updates please? Appreciate there is a lot changing (and quickly), so I don’t think every UI tweak needs to be mentioned.

But as there was an update recently (or there will be an update early next week), to sort some of the bond bidding process etc, that would be nice to have on the update details

There are a number of negative comments on the App Store and social media sites, with people waiting for weeks, and seeing no end in sight (all of them wouldn’t appear to be aware of the forum, or simply don’t want to sign up and read).

On the one hand, this shows the marketing worked well.

On the other, it’s a bad first impression.

The App Store updates would keep those people who are waiting, up to date with what is happening, and make it seem like Dozens are indeed working on getting this out to everyone. 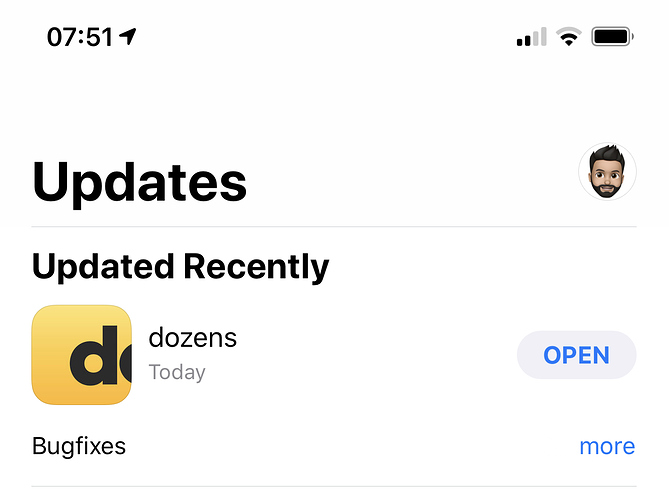 Yeah maybe I’m nosy but I like to know what was fixed. Maybe it comes from gaming days and reading every update to see what had changed.
Would be good to see what was changed.

Even worse on the Play Store. 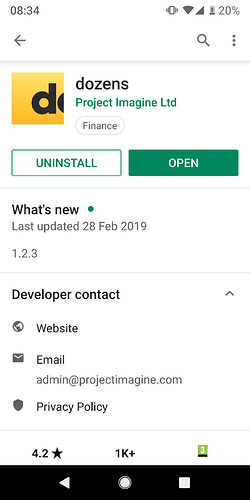 This will absolutely happen - but probably only when we reach a more stable version.

I understand the curiosity, but to be honest there is SO much changing or being added all the time, that just keeping a written record of this that could be published (and mean anything) would mean hiring even more staff just for this. Our developers are flat-out and we are the also the same, reporting and monitoring developments.

This is basically an all-or-nothing sort of thing - you would gain nothing more from “fixes to bond flow” either, so we would have to give more detail for each step. We already have time pressures on us, so further delays to keep these reports accurate would not add any value to the user.

While we make multiple releases each week, this will not be changing, but as soon as we feel that we can give meaningful updates, we will.

Don’t you already have to log what was changed internally though, which means the work is already done. The overly technical parts don’t need explaining, as even with the explanation people aren’t likely to understand.

Please don’t turn them into comedy updates like you see with other fintechs. They get tiring very quickly!

Just noticed that today’s update has release notes on it 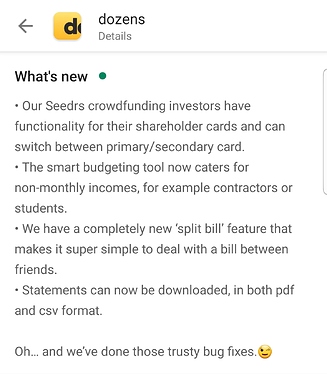 glad we have them now, they are pretty handy to see what’s new

When did these start?

We said that we would start adding detail when development time was available, and now that we are spacing releases a bit more, it gives some time to highlight the top changes. There are limits to the number of characters, so it is not everything, and not full details, so you can still ask questions here.